This is a good news for Reliance Jio customers that soon they will get Reliance Jio 4G VoLTE feature phone and they can get this phone in very cheap price that is at Rs 500. The Reliance Industries Ltd. are going to launch this phone in India on July 21. This phone is most awaited among those people who are still using the 2G phone. Soon they will operate the 4G phone in only Rs. 500. 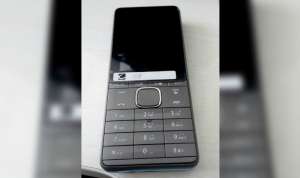 The launch of a Rs 500 feature phone with VoLTE support will surely come up with some potential change in the entire Telecom industry. In India, there are many people who are still using 2G/3G connections because they do not have 4G connections but this launch will help them to easily access to 4G connections in only Rs 500. As we all know that 2G/3G has very poor coverage and when we use these connections we end up of our surfing with irritation. Till now Jio has over 100 million subscribers in India and this launch will help them to gain more.

As we all know that  Jio grew up with very fast pace when it was free but it was slowed down from a few months ago and that is the reason they have released some new plans for both prepaid and postpaid users. They have also extended the validity for all recharges above Rs 309. It is now offering more data and longer validity at same prices. The cheap Jio phone can also help the company to take on Airtel and others, which have seen faster growth than Jio in the last few months.

WhatsApp Is Going To Introduce Some New Features