The Czech Republic Will Work On The Close Ties With Chandigarh 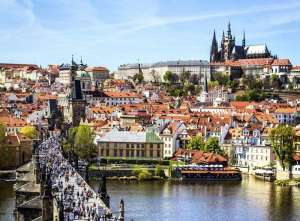 Milan Hovorka who did discussions with the city officials about many things and they want to make this relationship strong. He said that his country wants to make strong business relationships and also cultural ties with Chandigarh.

Purpose Of His Visit:

When he was asked about the purpose of a visit he said that with this visit he wanted to send a message across the city that the Czech Republic is interested in promoting people to people contact by welcoming Chandigarh people to the Heart of Europe. He said they want to make relations strong through tourism. He added that two years back his country had only one visa facility in New Delhi but now there are 16, including one each in Chandigarh and Jalandhar. He said that they want to make ties in many fields like:

He said that they have many big companies like Skoda, Tatra that are already working in India but they also want to extend in small and medium industries.