Some Old Civilizations That Were In Existence. Know About Them

There are many people who want to peep in the history and want to explore that how people had lived in past and what type of struggles they did and how they evolved. Today we are going to share about some old civilization that exists in history. 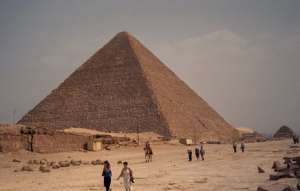 Indus Valley civilization was the oldest and advanced civilization. It is known for its technological advancements and also for it arts and crafts.

Mayan civilization another prosper civilization was developed by Maya people and it is known for their writing skills that are known as hieroglyphic was a prosperous civilization with sophistication and the booming population. People devised ways of writing and recording solar calendars.

The largest empire of North America flourished in Pre-Columbia era in present day’s regions of Peru, Ecuador and Chile. Fortresses like Machu Picchu and the city of Cusco are examples of their architectural skills.

Mesopotamia was a collection of varied cultures who were known for their script, their gods, and their attitude toward women. They started the domestication of animals.

This ancient civilization flourished by river Nile and they are known for the rule of Pharaohs, the concept of mummification and prodigious culture.

This is the ancient civilization that flourished in China. The Shang Dynasty was originally a clan living along the Yellow River during the Xia Dynasty.

This civilization was known for its Wise rulers and military strength.

Three rival cities combined to form this civilization. These three cities are Tenochtitlan, Texcoco, and Tlacopan.

Ancient Greek civilization was the largest kingdom in the world and it was wide spread and divided in the Archaic, Classical and Hellenistic period.

Roman civilization has formed some great leaders of the world like Trajan, Julius Caesar, and Augustus. Earlier governed by kings, the people of the civilization formed senates to govern themselves.

These were some older civilization that was in existence before many years ago and known for different skills they possess.

Neha Pathania
Previous articleBest Plans For The Parents To Secure The Future Your Child
Next articleSoon Sector 17, 19 and 22 Will be No-Vending Zone In Chandigarh