Raees is a co-production of Shah Rukh Khan’s own Red Chillies and Farhan Akhtar-Ritesh Sidhwani’s Excel Entertainment.  It’s original date of release was on EID 2016 – but to avoid clashes with Salman Khan’s Sultan, producers decided to delay it’s release date to Republic Day 2017 i.e 25th January,2017. Yes, you read it right, it’s a day earlier than a scheduled day which is a bad sign for Hrithik Roshan’s kaabil.

To mark the occasion, SRK also unveiled a new poster for the film.

As anti-Pakistan sentiment simmered in India after the Uri attacks in September that left several of our military personnel dead, there were calls to boycott all artistes from across the border. Raees was among the films struck really hard (the other film was Karan Johar’s Ae Dil Hai Mushkil, which had a cameo by Fawad Khan) as it marked the Bollywood debut of Pakistani actress Mahira Khan.

Twitterati has gone crazy over Shah Rukh Khan’s Raees. Here are few views by renowned personalities of the industry. 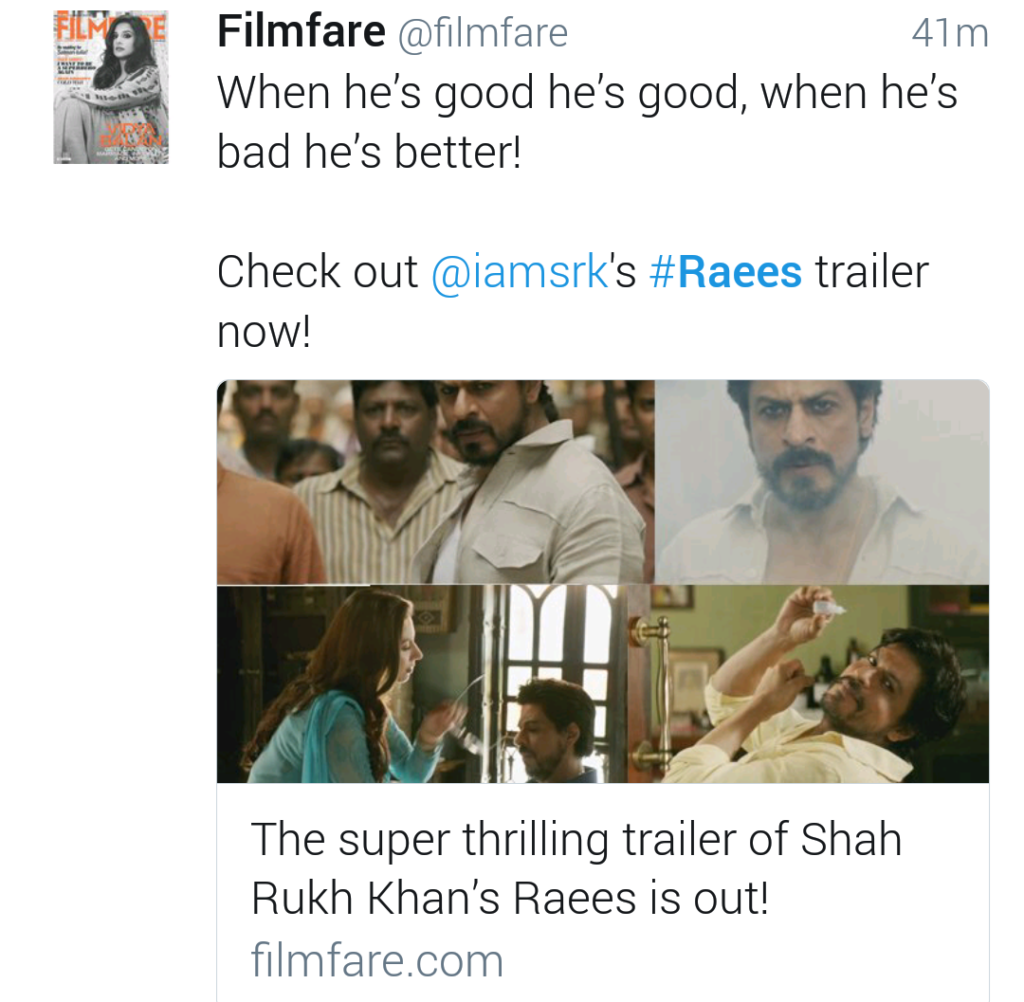 To us, the trailer of Shah Rukh Khan’s Raaes looks so promising and Yes, it definitely can be the next Blockbuster movie of the Year.

Watch the trailer of Raees here:

CB
Previous articleChandigarh wakes up to Chilly, Foggy Morning: Today
Next articleSuffer Continues Even After A Month: Demonetization