Recently, a news of robbery from Chandigarh Sai Temple came in limelight, where a robber entered the temple from the rear door to rob money from the temple. He succeeded to rob around Rs 7 lac from The Shirdi Sai Samaj Temple of Sector 29, Chandigarh. 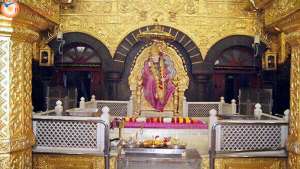 The Sai Temple that is located in Sector 29, Chandigarh faced robbery for the very first time. This is the famous devotional place in Chandigarh where a large number of devotees come and give a huge amount of donation. This temple security is tight and no one can easily do robbery there but after tight security that person theft huge amount from temple premises. The news of robbery reached to the workers of the temple after two hours of the incident. Then trust members checked the amount and they found around 7 lac are missing and the thief did not take any other things like jewelry from there. The thief entered the temple area at 2:45 am from the rear door of the temple and with help of wall he reached the window of the first floor and then he cut the mesh of the window to enter inside the temple. The thief had covered his face and also sprayed paint on CCTV cameras to hide his identity. After the robbery, he left the path from the same temple.

Robbers choose Thursday for robbery because on this day huge crowd comes to the place and police investigated the case and checked all the CCTV footages. After 36 hours of investigation, Police caught the culprit. He was the devotee of the temple and lives in sector 29. His name is Sonu and he took the help of his friend Ajay in this robbery. Police found around 3.47 lac from him. According to the police, they both have investigated properly about the temple before committing this crime.