There is a good news for all the booze lovers in Punjab who were not happy with the ban of selling liquor within 500 meters of national and state highways across the country because Punjab Government is going to remove these restrictions soon in hotels and restaurants within the area of 500 meters of highways. Punjab Government has given the yes to this proposal. This will surely bring the sigh of relief to the people of Punjab. There were mixed reviews came over this decision but many people who were alcohol vendor near the national and state highways within 500 meters were facing lots of loss and adversely affected by the decision. So, they submitted their petition to the Supreme Court to change the decision. 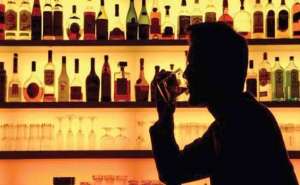 Supreme Court of India has banned the selling of liquor within 500 meters in last year December and this descion has taken to decrease the accidents that were increasing due to Drink and Drive. Many people were in favor of this but people who were in the business of alcohol have to face lots of loss. In Chandigarh, Sector 26 that was previously attracted lots of crowds because of the booze vendors but now it has lost its spark. Now all the microbreweries that were in the sector 26 will relocate to other places but after that those people are facing the problem of huge rent they have to pay on the new place.