T’emmêle pas, a circus show was organized by Alliance Francaise at the law auditorium, Panjab University yesterday. T’emmêle pas which is French for “Don’t tangle yourself” is a circus show where acrobatics and jugglery get involved with the dance, the theater, the mime and the music hall. The whole approach was in a farcical way. On the stage, there was a man and a woman. And the audience were left wondering if they are a couple? Friends? Brother and sister? Through the performance, the audience enjoyed the relationship progress of these comic people.

The show which was attended by students of various schools and students of the French language from various colleges across the Tri-City left the audience in splits. Also in attendance was Prof. Deepti Gupta, Dean, International Students, Panjab University who said she hoped to see further similar events in the University for students to enjoy.

The show was attended by students from various schools including Carmel Convent, Gurukul Global and Strawberry Fields. 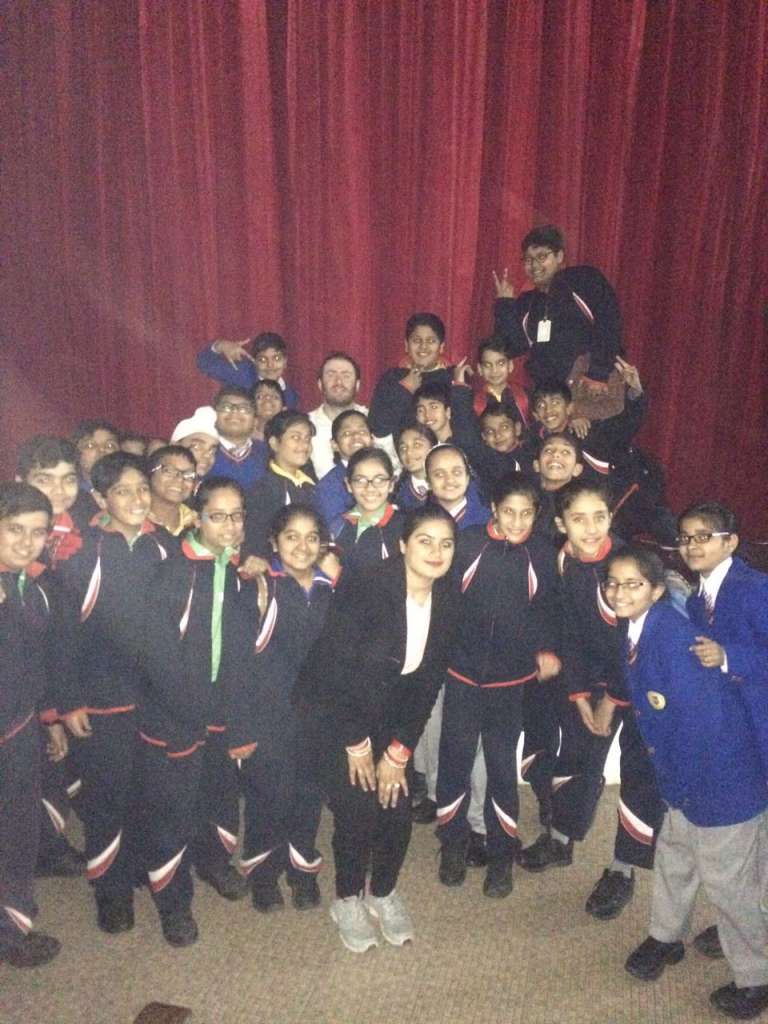 I also managed to catch up with the actors of the play- Hugo Varett and Anouck Wroblewski. Here are the excerpts from the interview-

Great show, guys! So where will you be performing next?

Amritsar. We have already performed at Kathmandu and Chennai. We will also be performing at Delhi and Pune soon.

How do you guys balance yourselves so well? With all the acrobatics and the stunts?

Practice (laughs). Lots of practice. We began when we were young.

At what age did you start?

She started when she was 8 years old. I was nine. So that is almost twenty years ago.

Since when have you two been working together?

Almost 7 years now. We write our own plays.

What inspired you to take up this art form? The choreography and the acrobatics?

So many things. (Sighs) So many things. We can find inspiration everywhere. At a moment, we write something, or like see something we like. When you begin as an artist, you have to see, analyze and understand everything. What another artist is talking about. How they do something. All of that can be inspiring. Personally, I like English humor and Italian theater. Each act of the play was inspired. In the last act, we tried to do musical comedy.

How difficult is it to capture the attention of children? With the advent of technology, has it become more difficult?

The difference between technology and this show is…when we are in reality the communication becomes easier. Children are always looking forward to new things. Whenever we are performing for children, we change some jokes that we feel are not appropriate for them.

What do children ask for the most after the show?

Well, they generally say thank you and tell us how cool the show was. But almost always they ask for a lot of selfies! (laughs)

Mrinaal Datt
Previous article#Foodie: Avid Tea Drinkers Chaibubble is a place for you
Next article#Events: Gear Up to these Cycling Events in Chandigarh