Residents Of Mohali Are Spending Powerless Nights Due To Power Failure

We can not imagine our survival without electricity in this summer weather where mercury soaring to 45 C. But people have to face these light cuts and they are spending their nights without sleep. After a long day hard work, they want to relax in their home at night but they can’t do this because of this electricity and all the credit goes to Punjab State Power Corporation Limited (PSPCL) Mohali. They kept residents awake during the intervening night of Sunday and Monday. Residents suffered power failure for over 12 hours. 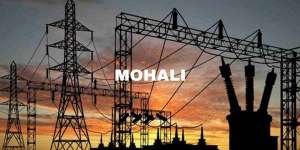 Areas Most Affected Due To Power Failure:

Residents are facing these problems and they are irritated. They complained that power failed for 10-12 hours in parts of Mohali. According to Superintending Engineer (SE) H S Oberai said, “There are no scheduled power cuts in Mohali as Punjab is now a power surplus state, then why people are facing problems related to electricity. The electricity department employees failed to give relief to the residents from these power failure. Areas that affected by power failure were

This is happening because of the technical problems in transformers in peak summer days and power failure occurred due to a power overload. But electricity maintenance staff is not prepared and that’s the reason people are facing such problems. This should be improved soon.