Madame Tussauds museum is going to be launched in the country in July. It will be located on the first and second floors of the Regal Cinema building in Connaught Place. This will surely attract lots of tourists because of the wax statues of renowned celebrities and personalities to the Indian audiences in first Madame Tussauds museums there. 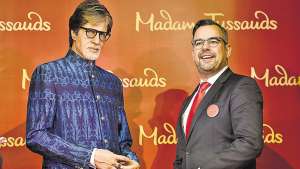 It is present in many countries and now it will be in Delhi because it is going to be launched in July here in India. Marcel Kloos, director, New Opening Europe and Emerging Markets said that it is the thrilling experience to bring the legend of Madame Tussauds to the culturally rich land of India.

About The Madame Tussauds Museum In Delhi:

This will be the 23rd Madame Tussauds museum in the world, and its location will be on the first and second floors of the Regal Cinema building in Connaught Place. This first museum will have 50 figures and the museum has the capacity to hold 500 visitors. The Madame Tussauds Museum In Delhi will be just like its counterparts across the globe, it will allow visitors to touch and click pictures with the celebrity statues. The figurines will be made in London with a specialised team in charge of maintaining the statues in Delhi.

In this museum 60% figures of Indian celebrities, sportspersons and politicians and the rest 40% will be of international celebs. List of Indian famous personalities that has already reserved the space in this Madame Tussauds Museum In Delhi are:

There will also be the statues of sportsperson that will include Sachin Tendulkar and Kapil Dev at the first museum in Delhi. There is one actor in Bollywood who is also known as Mr Perfectionist said no to the offer of a statue of wax in the museum, he said that he only want that people see him in his film not like this in the wax statue.