Leafing through the pages of your childhood memories book you will surely remember your favorite child artists who made you laugh and cry many times by their acts. Today we came up with the article about all your favorite child artists of 90’s and we would love to share some things about them that you would love to read. With this article, you come to know about what they are up to, today.

Favorite Child artists of 90s then and now

Shweta Basu Prasad, the cute girl who charmed all of us with her performance in the 2002 film ‘Makdee’  and won the National Film Award for best child artist for her role. Shweta Prasad started her career at a very young age and also performed in famous serial Kahani Ghar Ghar Ki as Shruti. She was also starred in the film Iqbal. Currently, she is performing in Chandernandini serial on Star plus and she is in the main lead. 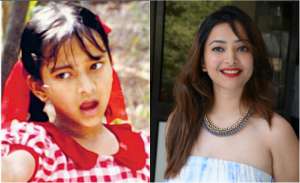 When we were kids we just want that magical pencil which Sanju was having in the Shaka Laka Boom Boom serial and with that pencil, he was able to fulfill his every wish by drawing the picture. Now Sanju of that serial is grown up and looks smart and hot.

Rajat Tokas who played Prithviraj Chauhan and got famous after this serial. This serial made him the king of mythological serials and then one after another he gave his best performances in serials like Jodha Akbar, Nagin. His performances in all these serials loved by everyone. He is doing Chandernandini and playing Chander Gupta Maurya on star plus. 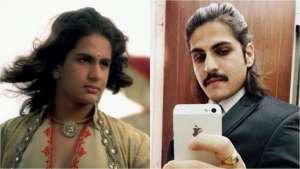 Cute and chubby Hansika began her television career with Shaka Laka Boom Boom and played a beautiful role of a girl named Karuna. Now she is the known face in Tamil. She also did some movies in Bollywood.

No one can forget the character of frooti in the Favourite serial Son Pari that telecasted on StarPlus. Tanvi Hegde Performed the character of Frooti and she started her career as a child actress in Hindi films. Now this beautiful girl is grown up and trying to start her career in Bollywood. 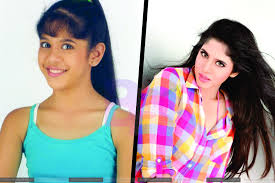 Have you remember serial Hannah Montana of Disney channel and that serial introduced a beautiful artist with us, Miley Cyrus. This serial focuses on Miley Stewart (portrayed by Miley Cyrus), who is a teenager living a double life as an average schoolgirl by day and as the famous recording artist Hannah Montana by night. She is now a well-known singer, songwriter and an actress. 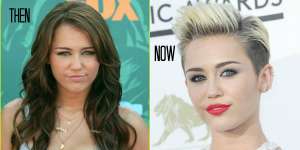 Avika Sameer Gor who was loved very much in Balika Vadhu and portrayed the role of child bride named as Anandi on Colors. After that serial, she acted Sasural Simar Ka. Now she is doing acting in Tollywood movies and she made her debut in Tollywood with Uyyala Jampala.

This article surely will bring a wide grin on your face and for once you will get back to your old times where you have enjoyed the act of these artists very much.