Aamir Khan and Fatima Sana Shaikh both were going to work in the third film After Dangal and Thugs Of Hindostan. In Dangal Aamir portrayed the character of Geeta phogat’s Father and Fatima Shaikh as Geeta Phogat in this movie. This father and daughter duo were loved by people and their work was appreciated by the people around the country. But this time she is going to portray the role of Aamir Khan’s wife in Saare Jahan Se Achcha. This movie is going to produced by Ronnie Screwvala, the biopic is based on the life of Rakesh Sharma, a former Indian Air Force pilot, who was also the first one to travel in space. 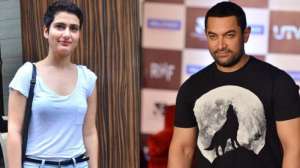 Fatima Sana Shaikh is an Indian actress and a photographer surrounded by controversy nowadays because of her dress she has worn in a Ramadan month. But after all these things she is doing well in her career and doing good movies with great actors. She is doing acting from her childhood and she has played the role of Bharti in Chachi 420 and many more role as child artists. Nowadays she is busy shooting for Yash Raj films, Thugs of Hindostan, which is slated to be released in Diwali this year. 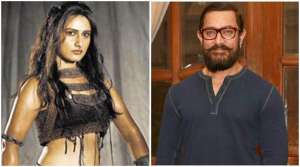 Fatima, as per the report, will be prepping up for Saare Jahan Se Achcha soon and now we have to see the audience reaction about their Husband and wife role. It will be interesting to see Aamir and Fatima romance each other as their father-daughter equation is still fresh in everyone’s minds. Hope they would also be loved in their new role as they loved in the previous movie.