The Student Center at Panjab University is all in the colors of rainbow these days! And so are all the smiling faces, bursting with pride. Reason? The LGBTQ Pride Week, 2017 is in full swing. As part of the ongoing Pride Week, Garvostava 2017, the LGBTQ community of Chandigarh is also set to hold the 5th edition of the LGBTQ pride walk, The Chandigarh LGBTQ Pride Walk 2017, on March 26th, 2017.

The LGBTQ Pride Week 2017 is being organized by the Saksham Trust and Alankar Theatre Chandigarh, in collaboration with HAMSAFAR TRUST Mumbai, the Canadian Embassy, SCRUFF, ROTARACT CLUB and PANJAB UNIVERSITY. 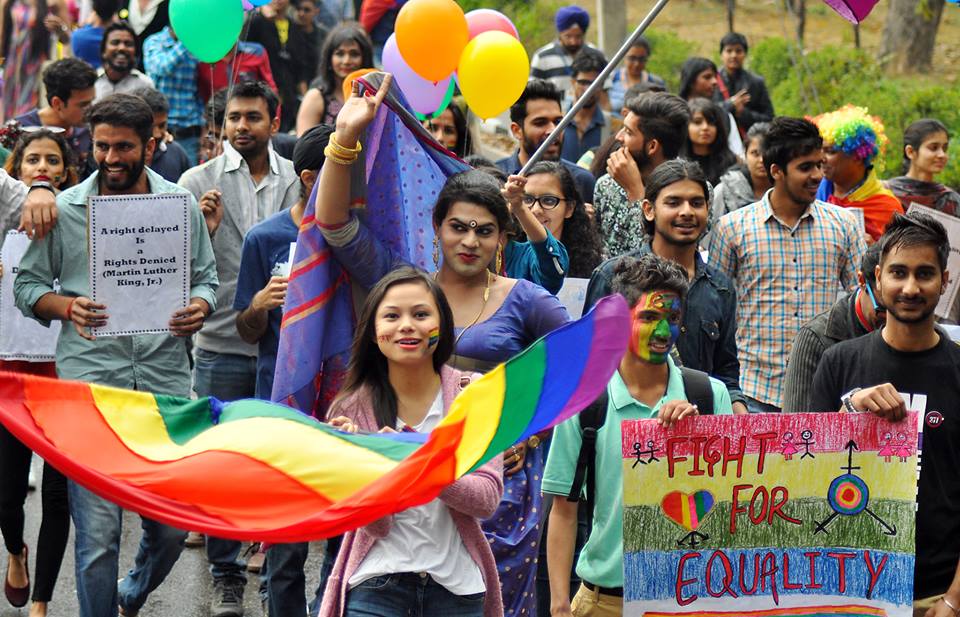 As part of the week-long celebration of the pride of the LGBTQ community in Chandigarh, a plethora of events are being held, all with the underlying theme of upliftment and inclusion of the LGBTQ community. There are seminars, lectures, discussions, street plays, film screenings, dance, music and much more. The aim is to make the voices heard and celebrate the individuality, to spread the warmth of the rainbow!

The sexual and gender diversity will be celebrated, out and open on the roads of Chandigarh when the week-long festival will come to a grand end with the Chandigarh LGBTQ Pride Walk 2017, on March 26th.

The Pride Walk on 26th March will start from the Student Center, Panjab University and will conclude at the Sector 17 Plaza, marching through the major roads and junctions of the city beautiful. The Chandigarh LGBTQ Pride Walk 2017 is the only such walk in North West India, except for Delhi.

Everyone can come to support, and celebrate the pride of the LGBTQ community!