Fruits that are highly nutritious and they will provide lots of benefits if we include them in our daily diet but nowadays fruits vendor are using some chemicals to ripen them. To get money people are contaminating fruits with toxic and harmful health hazardous chemicals. Chandigarh Fruit vendors are found to use chemicals like calcium carbide and oxytocin in fruit and vegetable farms for artificial ripening and for increasing the size of fruits and vegetables respectively. 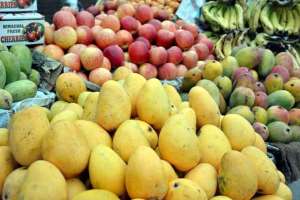 This Calcium carbide is commonly used for the artificial ripening and known as ‘masala’ among vendors. But it was found that this is a carcinogenic agent and because of that, it was banned under Food Safety and Standards Regulations 2011.

Chinese Pouches Of Ethylene Oxide Instead Of Calcium Carbide:

Previously people were using calcium carbide for ripening the fruits and vegetables. This was found after raided fruit and vegetable shops and then stopped the use of this carcinogenic agent. This time Chinese pouches of ethylene oxide are found from fruits vendors and they are using it in fruits ripening in the city. These white pouches were found in the vegetable market in Sector 26 that are being used to ripen mangoes.

The FSSAI Permits 100 parts per million For Artificial Ripening.

Food safety officials have for the first time found Chinese pouches of ethylene oxide instead of carbide for artificially ripening fruits in the city. The FSSAI permits 100 parts per million for artificial ripening. So it was not known that how much quantity these vendors in sector 26, fruit market were using because nothing was written on these packets. But there was the only label of “Made In China” on the white pouches. Immediate action was taken and these white pouches sample has been sent to Food Safety and Standards Authority of India (FSSAI), New Delhi.