Chandigarh Chain Snatchers Will Get 10 Years Jail After MHA Nod

Snatching cases have increased in the city beautiful. Snatchers don’t have fear and they are attempting the crime. UT Administration is going to amend the law of theft to make it stricter. So they proposed a new law to control such cases and protect the residents from snatchers. Its new draft on law includes that Chandigarh chain snatchers will get rigorous imprisonment up to 10 years. In 2015 and 2016 around 160 incidents of snatching were reported and only 73 cases have been registered. UT Administration only waiting for the MHA nod and after that, they will implement it. 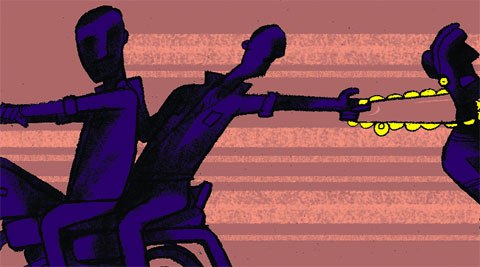 What would be included in the amendment:

In 2010, the Punjab cabinet had amended section 379 of the Indian Penal Code that is related to theft and then they insert subsections in it and subsections are 379-A and 379-B. After Punjab, the nearby state Haryana had made the amendment to make law on snatching stricter. Now UT took the step toward it and the Administration has already sent the proposal to the union ministry of home affairs for approval. According to the amended provisions, this crime will be included in the crimes which are cognisable, punishable or non-bailable and can be tried in the district and sessions court.

Neha Pathania
Previous articleTransgender Event In Chandigarh: Demands That 15 April Should Be The “Transgender Day”
Next articleBenefits Of Having Lemon Water In The Morning Time