In 1967 Chandigarh airport started its first flight but the growth that this airport got both in terms of footfall and diversity in air connectivity came after the construction of a plush 1400-crore giant terminal in Mohali’s Jheourheri village in October 2015. According to the reports, traffic on the airport has grown from 1.5 lakh passengers to around 18 lakh in the last 10 years from 2006. This is a good news that with the improved facilities number of footfalls in Chandigarh airport has increased 1000%. 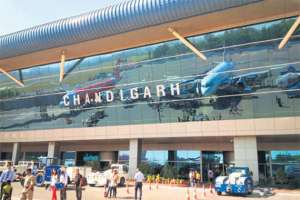 Reason For the Changes:

As footfalls have been increased since 2006 and this because of the good efforts of the Administration but still there are some things that need to be changed for the people and these things include:

But all these problems would be sorted soon and Suneel Dutt airport Ceo said this demand will be met soon as they have awarded a contract to a master concessionaire to develop, build, operate and maintain the food and beverages outlets at important locations in the airport.